WORKOUT OF THE DAY

Complete 3 rounds of the following for time: 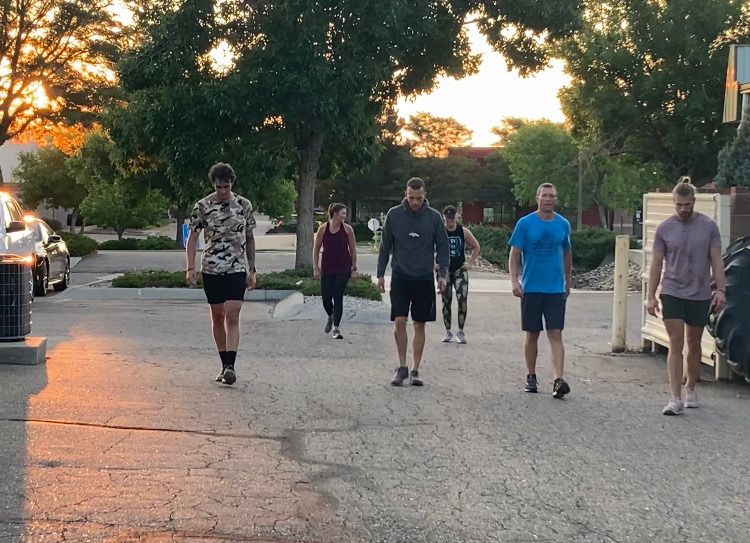 We have a two part workout today focusing on the Push Jerk. First we will have 13 minutes to build to a moderate weight in a complex. The complex involves a pausing Push Jerk (pausing in the dip for 2 seconds and in the catch for 2 seconds) and then one Push Jerk immediately following. The goal with the pausing Push Jerk is to focus on getting good positions in the dip and in the catch, thus, the pauses. In the dip we want to maintain a vertical torso and in the catch we want to be balanced with that weight overhead. On the second Push Jerk, maintain those good positions without having the pauses.
The second part of todays workout will be a conditioning piece with gymnastics, weightlifting, and calories on the bike. The time goal for this workout is 9-18 minutes. In order to achieve that, change what you need to to make the workout work for you. Have fun today and lets work on some Push Jerks! 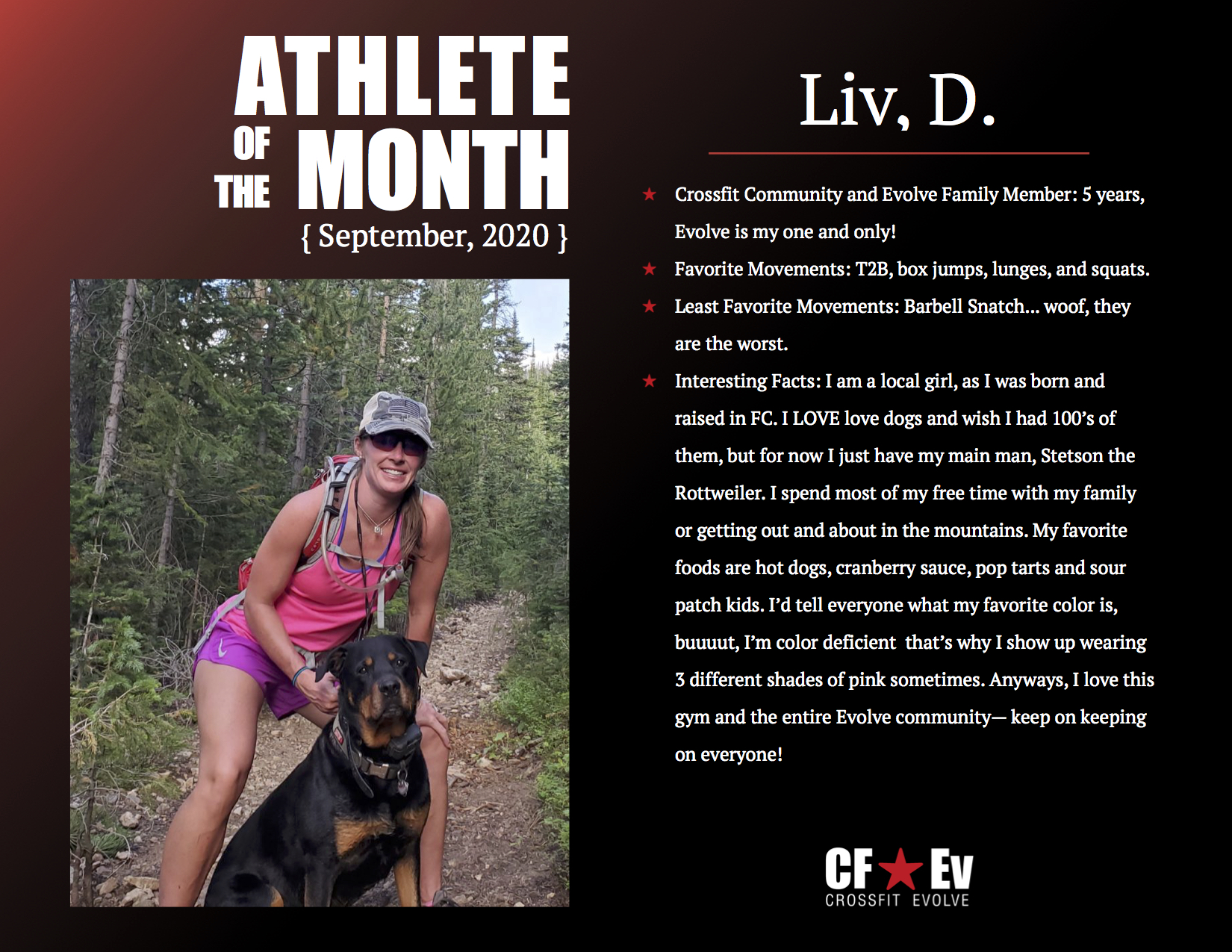 Athlete Of The Month For September Is…Liv!

Its September 1st (can you believe it) and our new Athlete of the Month is, Liv! Liv has been at the gym for 5 years and we love having her as apart of the Evolve Family. Liv comes to the 9am, always smiling, laughing and ready for whatever the board says. She’s doesn’t like to look before hand and likes to be surprised 🙂 Even with an injury, Liv shows up and does what she can and that’s what we love about her. Keep kicking ass Liv and being your awesome self! 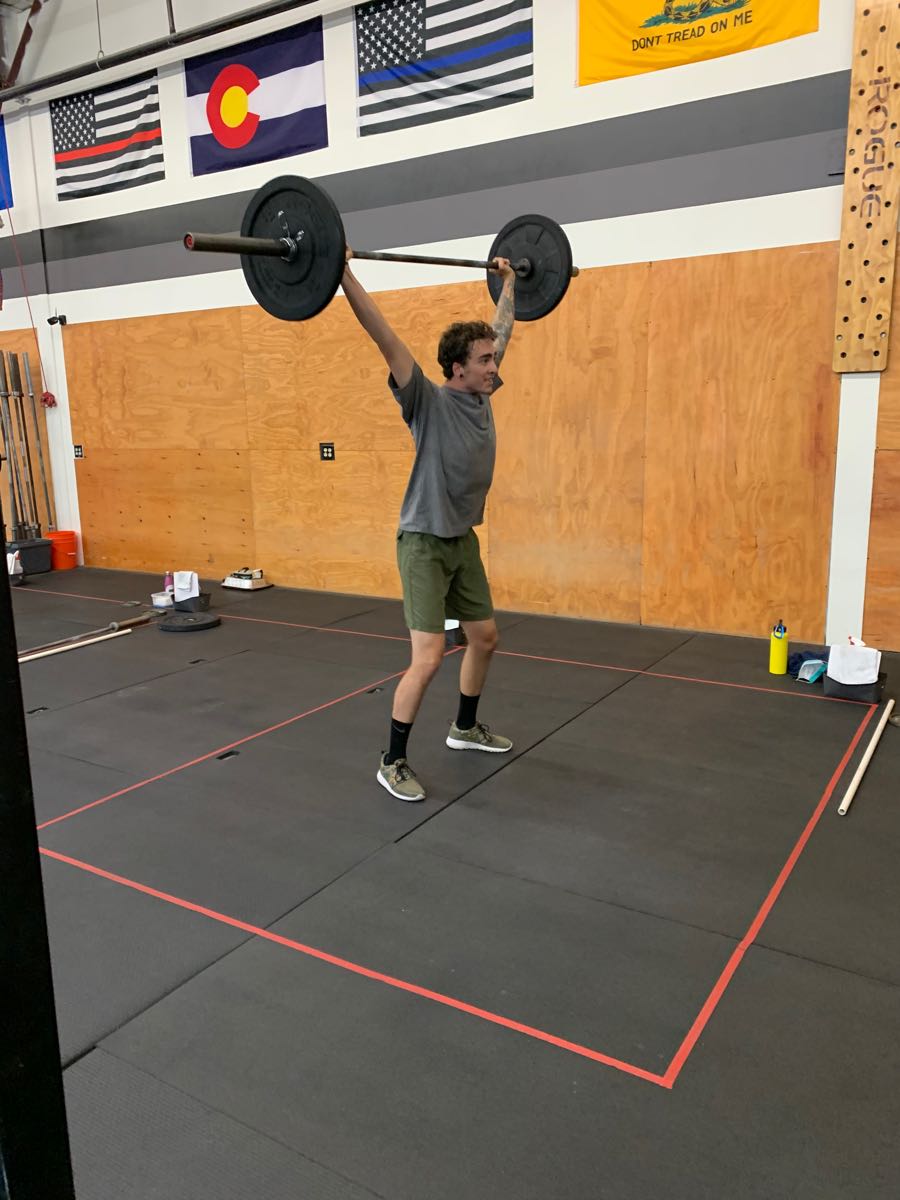 Who’s ready for some OHS?!?

Read this and then read it again. What can we do to make a change in the world? Especially now, how can we go out of our way to help someone?

Think back to a time in your life when you came in clutch for someone. One where your actions made a significant impact on someone’s life. Maybe it was a time where you showed up for a friend in a time of need. But you didn’t just show up… you went above and beyond. Not because of some expected return or ulterior motive, but because you believed it was the right thing to do. You genuinely cared.

Think back to that day, and how that made you feel when you saw your impact. Think back to how it felt to know you made a difference. It felt good, didn’t it. Really, damn, good.

Science has shown us that one of the most powerful emotions we can feel, via serotonin, is released in mass at these moments. But what is even more interesting, is that it’s literally contagious. Think back to the last time you saw *someone else* doing something generous. Maybe it was as simple as holding the door open at the store for an elderly customer. Think back to that… how did you feel, witnessing that? Did it make you feel, more generous?

If generosity is contagious, it just needs to be started. Let it be us. Be the change we want to see in this world.

“We’re so busy watching out for what’s just ahead of us that we don’t take time to enjoy where we are.” 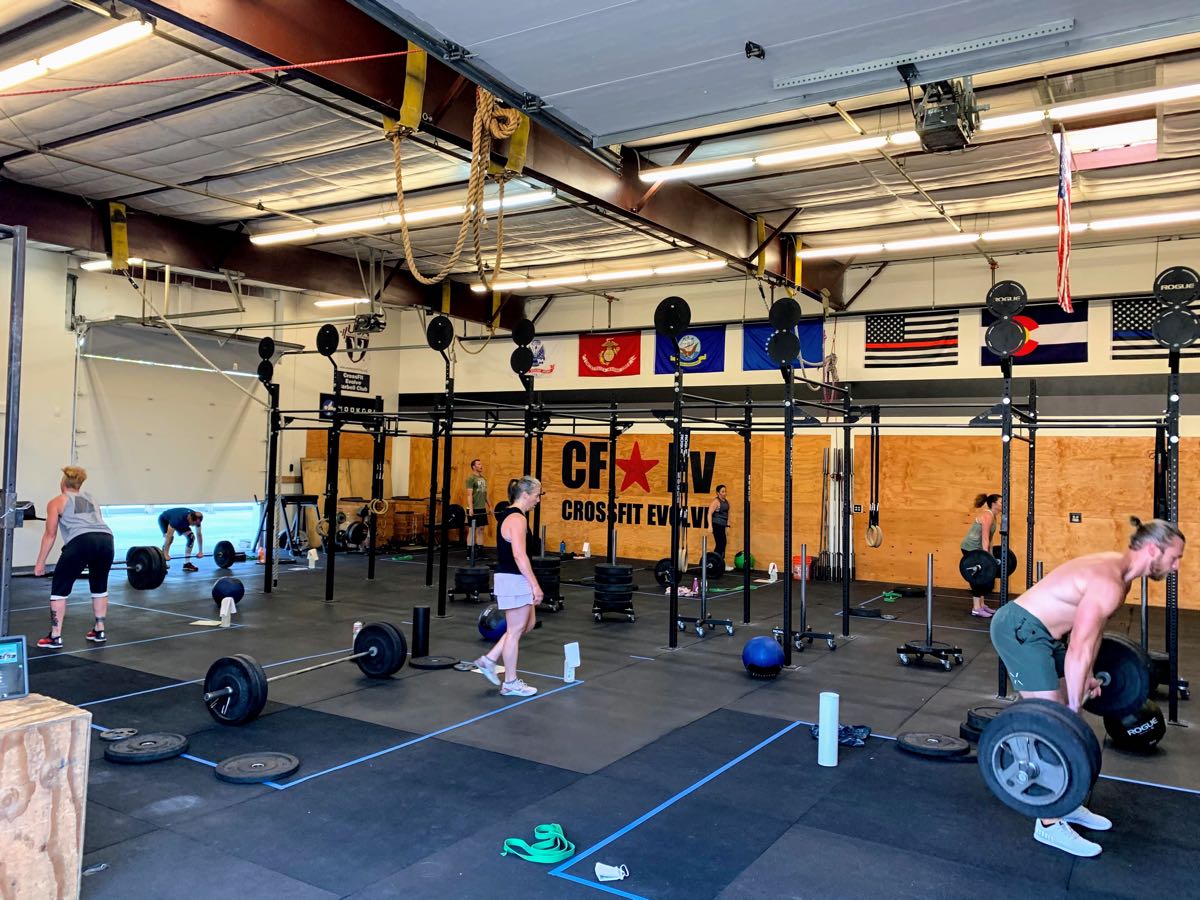 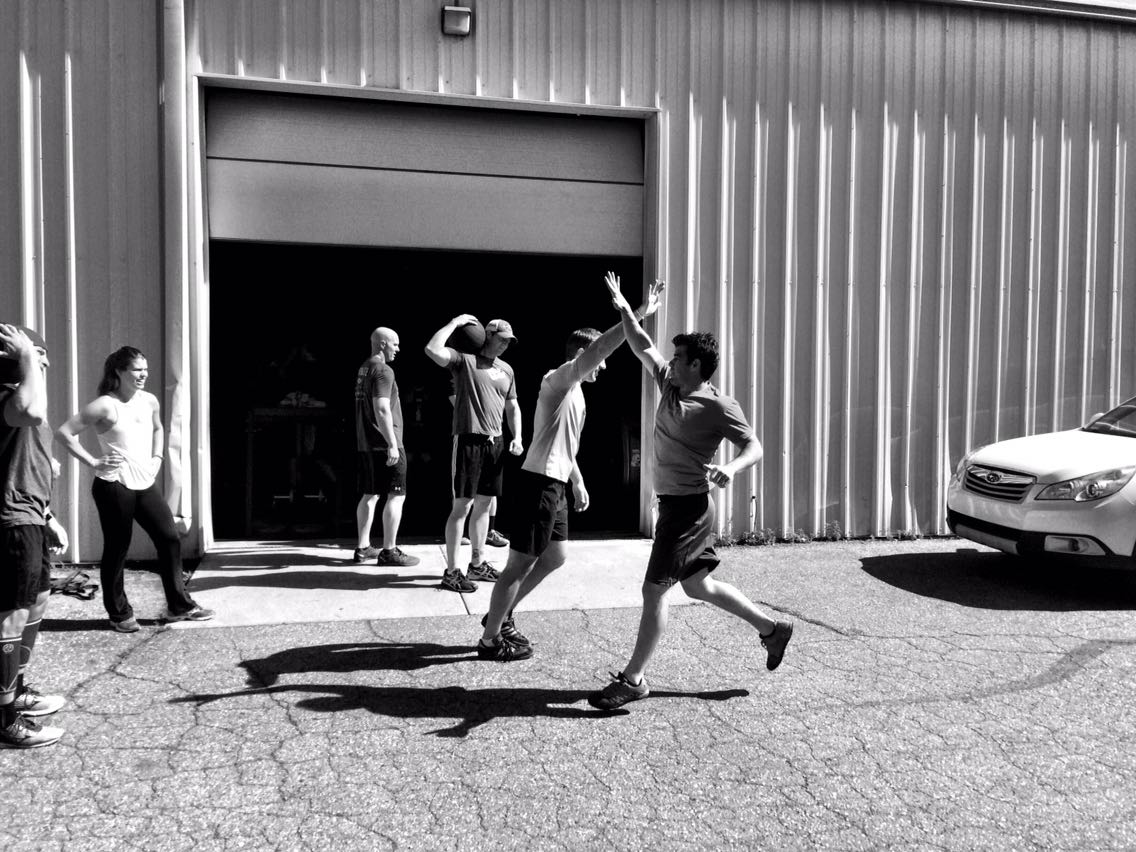 High five, we made it to Friday!

Are you good at delaying instant gratification? Or are you able to focus on the big picture and see that something small right now isn’t as important than holding off and focusing on the thing you are working towards? Read this and see what one you are in this experiment.

The experiment conducted decades ago began by bringing in children into a room, one by one, sitting them down in a chair with a single marshmallow in front of them.

The ability to delay gratification is a critical component in life. Whether we want to go to the CrossFit Games, be the best spouse we can be, or propel our career forward, we must have the willpower to stay the course with the longer term in mind. Even when we’re tired, hungry, beat up, and starving for a bite of that marshmallow… we’re tough enough to hang on. 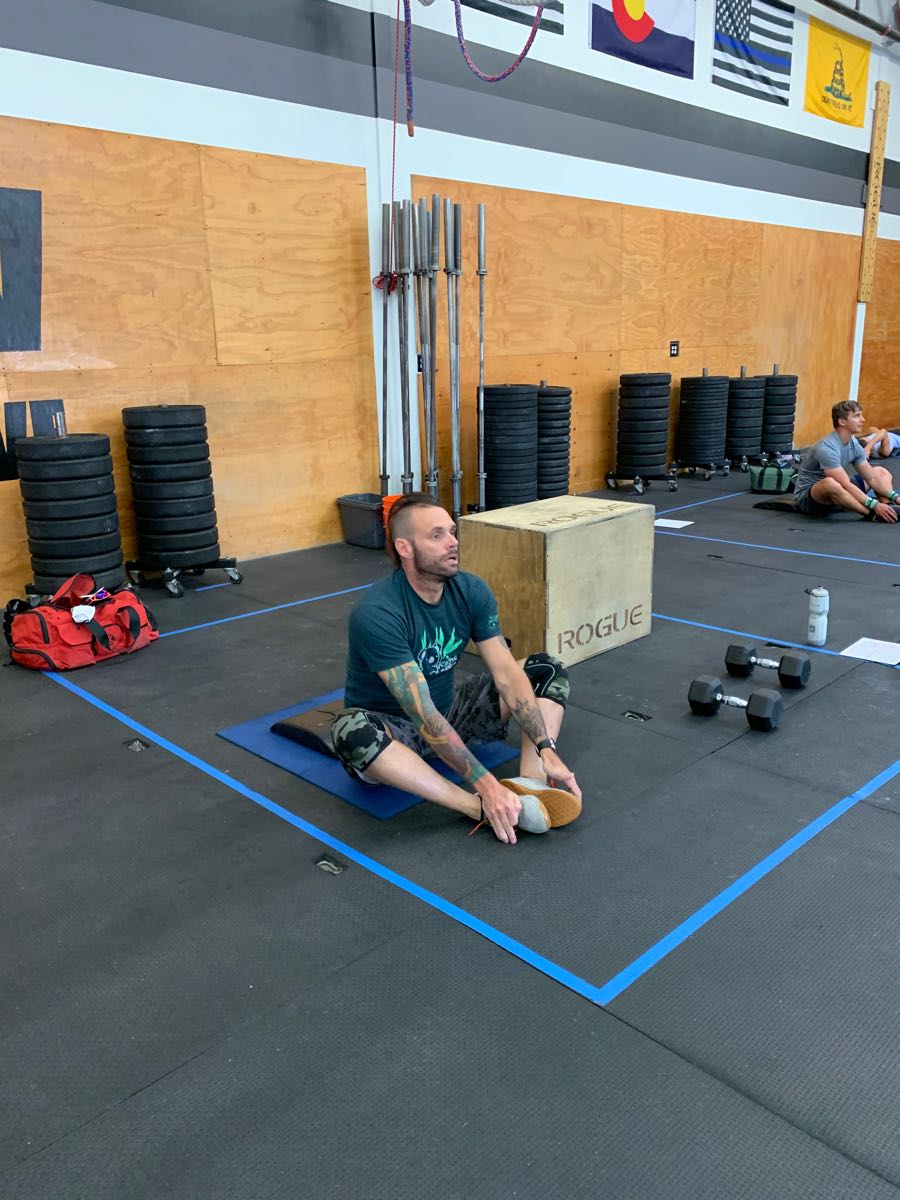 New Movement, The Kip Up.

We have a new movement coming at you today. Because sharing ropes for Rope Climbs is not happening right now, we thought we would change it to something equally as fun and a little hard 🙂 Take a look at this video and let us know if you have any questions. Have fun with these Kip Ups! 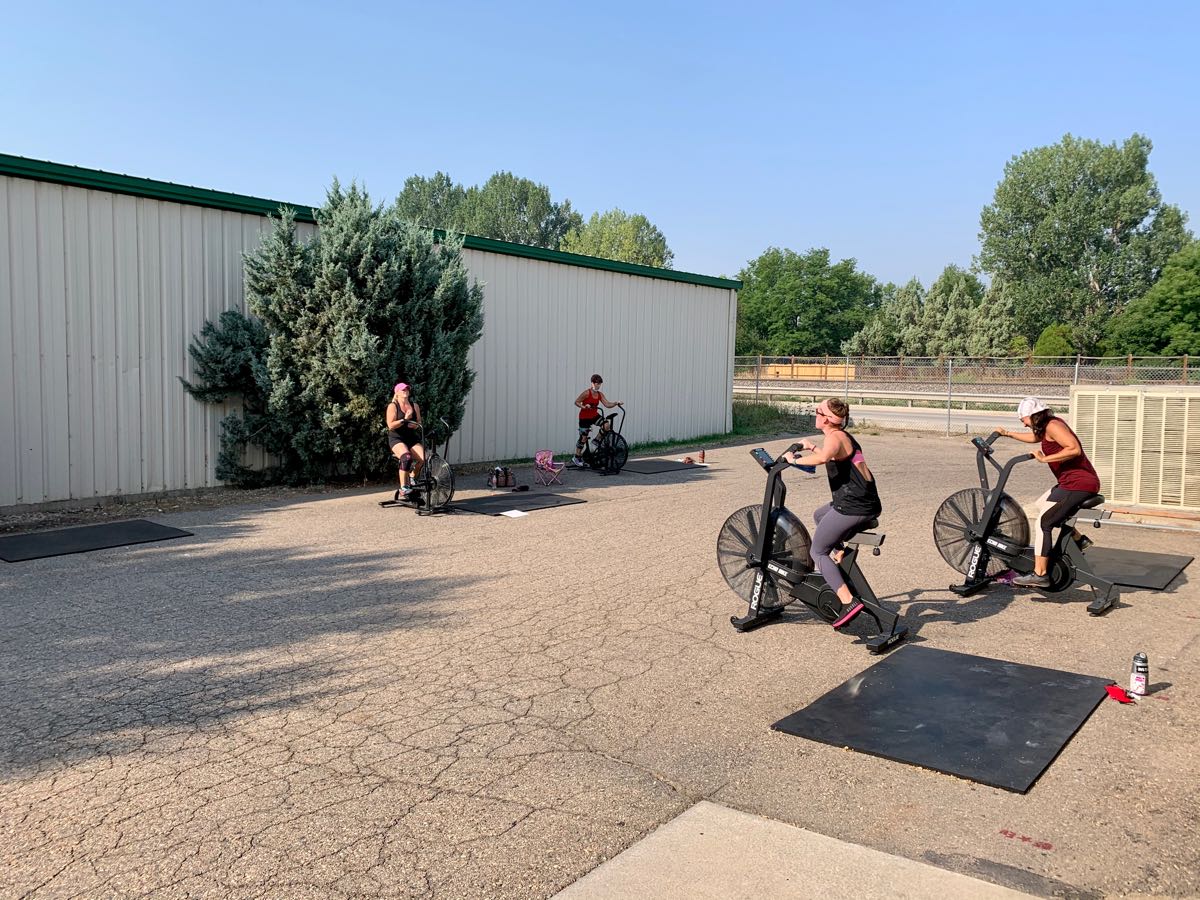 Outside = no mask zone!

With the new 24/7 schedule, we are having to set aside hours to clean the gym. It will happen either Saturday or Sunday. The exact day and times will be announced on SugarWOD so keep an eye out for those details.  If you can plan your workout to avoid the cleaning times that would be great, thanks so much! 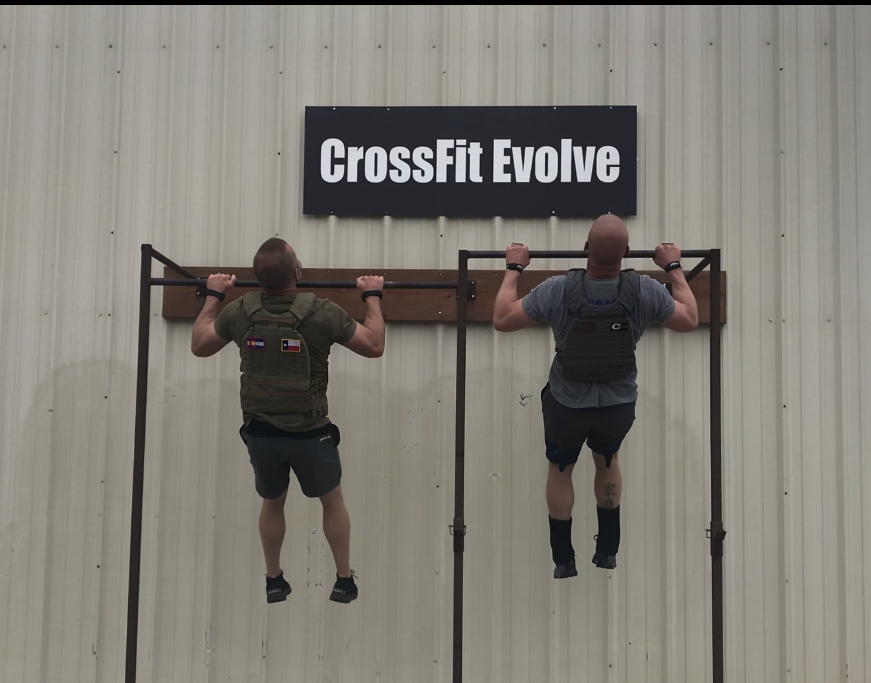 Hitting this interval style AMRAP workout today. You will be working for 4 minutes and resting for the same amount of time, 4 minutes. We are combining bodyweight movements with a simple machine movement. This workout somewhat resembles the CompTrain Benchmark workout “Lead Foot”. Instead of rowing we will be working towards calories on the bike. The reps decrease each round so your score should increased. Keep track of each individual AMRAP score and try to improve upon the last. Get after this today!

After Each Round: 30 Double Unders 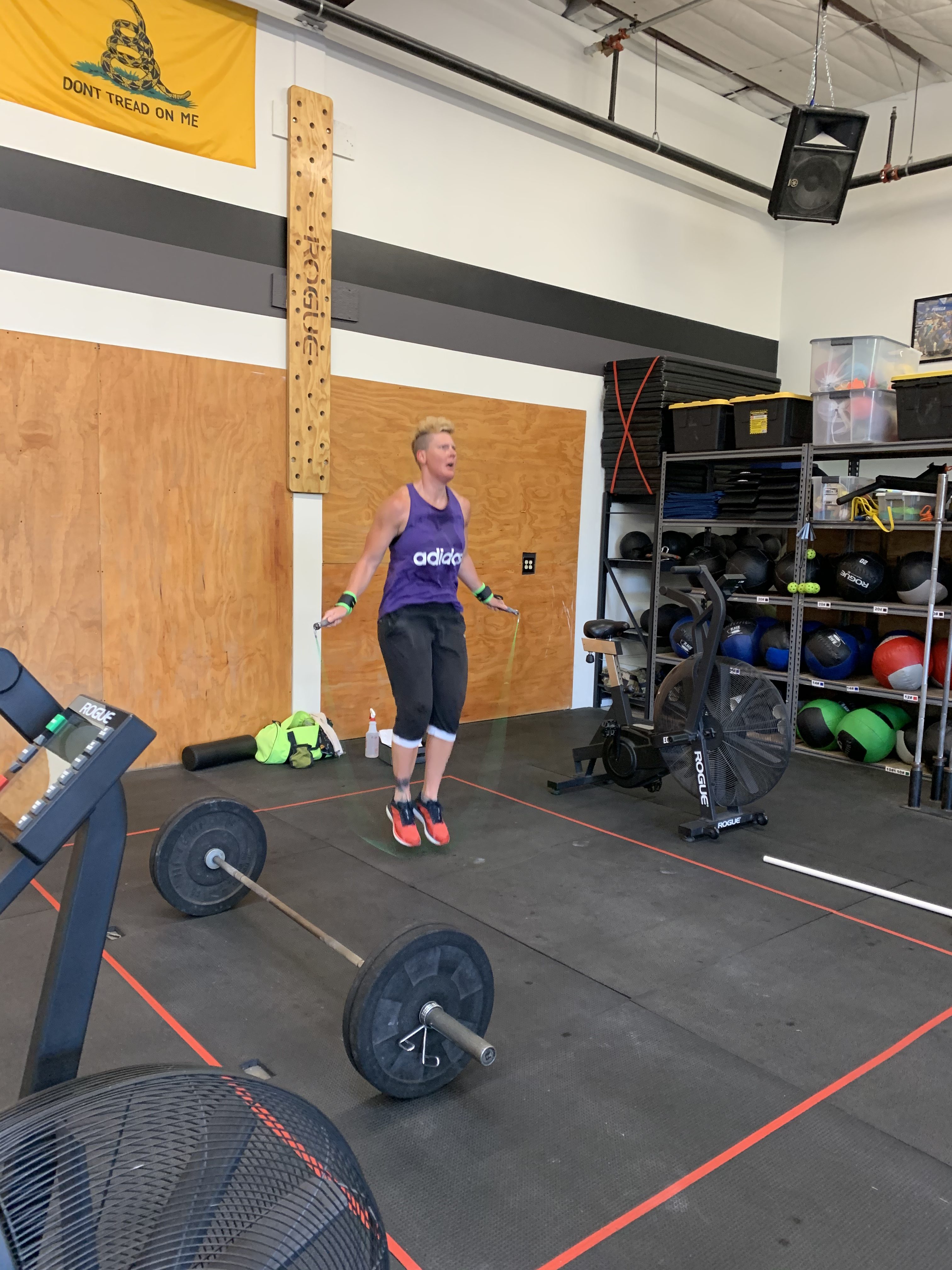 Karah with those dubs!

Very strong words especially now, in the times we find ourselves in. Appreciate what you have while you have it.

“Trade your expectation for appreciation, and the world changes around you” – Tony Robbins

Routines and habits become part of the norm. Morning coffee, listening to the radio, the drive to the field taking the kids to practice. We appreciate healthy habits, and let’s continue to reinforce them. There is, however, much to be said about taking a pause to our routine, to appreciate the fortune in our lives. The absolute abundance we are so lucky to have.

In a world where comforts are the “norm”, we want to consciously remind ourselves how good our lives are. The thought of losing those precious parts of our day is a sobering one. But despite it being a morbid thought, we will. There will be a final cup of morning coffee for us. There will be the last chance for us to listen to the radio. And if we are lucky enough to have kids, there will be a last time we *get* to wait in traffic as we drive them to soccer practice.

As Tony Robbins quotes, if we can remove expectations from the norm, and replace them with a sense of gratitude, our entire world changes.