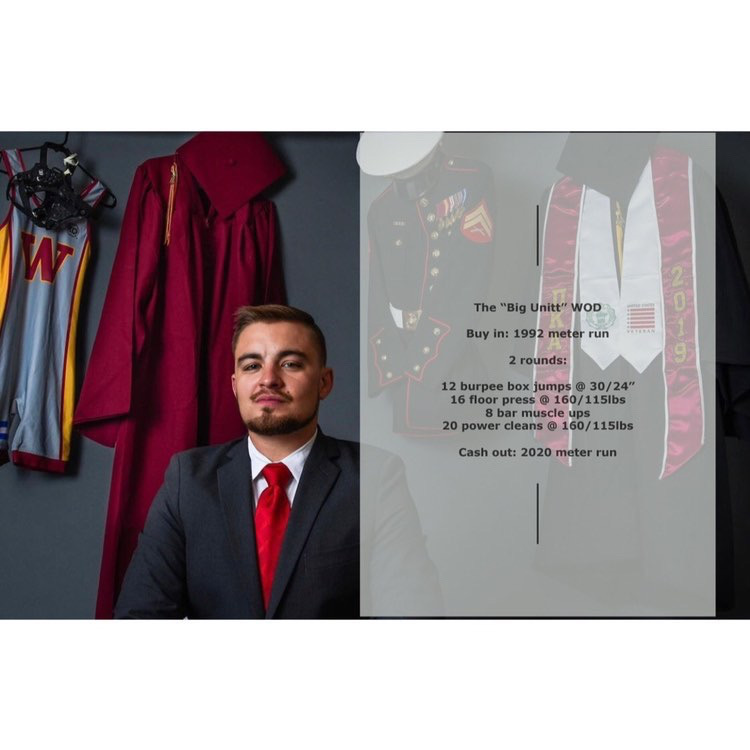 Ranger Brendan Unitt, 27, died tragically in the line of duty on Thursday, August 20th after drowning while responding to a call of a distressed boater on Horsetooth Reservoir.

Ranger Unitt had been conducting foot patrol at the campgrounds on the West shore of the reservoir when a strong wind event occurred. He was dispatched to assist a distressed boater, but when he returned to his boat he discovered it had been blown off the shoreline. It is believed he removed his floatation device in an attempt to swim to his boat to retrieve it.

Ranger Unitt was a US Marine Corps veteran and had served with the Larimer County Department of Natural Resources for six months.

“The Big Unitt” was Brendan’s nickname. Although he was small in stature (about 5’3”, 160lbs) he was larger than life.

Today we do this workout for Brendan.