Start light, add weight as you go with a primary focus on form.

Complete as many rounds as possible in 12:00 of: 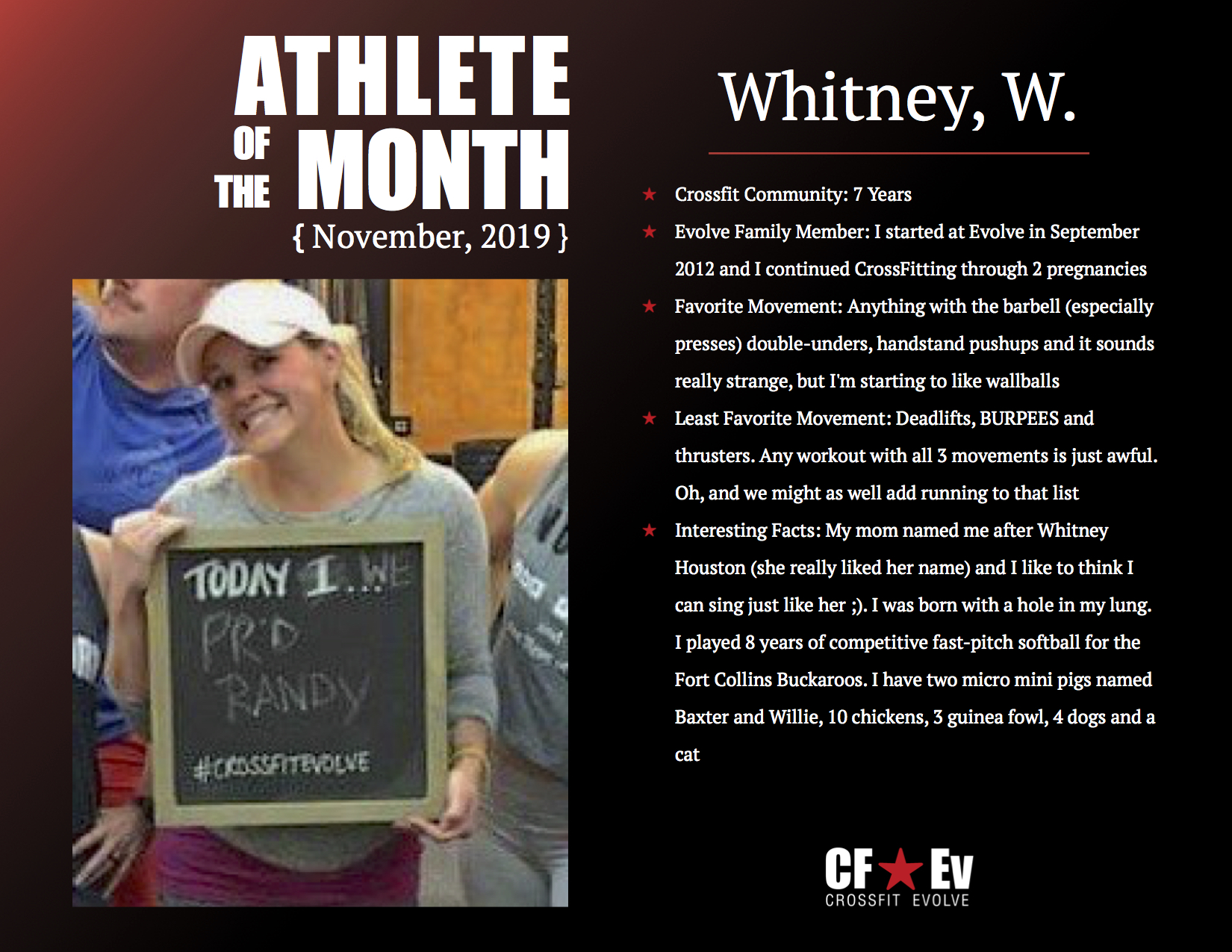 Your CrossFit Evolve November Athlete of the Month is Whitney W!!! I’ve known Whitney since she was Whitney G and well before Evolve ever was. Gino and I worked with her dad and when we opened the gym he would keep telling us that with her competitive background she would be great at CrossFit. Paulie was right, Whitney is a bad ass in the gym! But what’s been even more impactful is being able to  have a front row seat to her life outside of the gym, from getting married, training through two pregnancies, and seeing her raise her two little ones who have both grown up inside the gym. Whitney demonstrates to us all that raising a family, taking care of all of life’s responsibilities, and taking care of herself by making fitness one of her priorities is all possible.

Thank you for being a part of the community for so long Whitney! It wouldn’t be the same without you!